"Sunshine always I feel is a very multicultural place, and I feel there is everything that I want to make my Iranian dishes, for my customers"

Hamed’s story is an incredible personal journey. A heartfelt story of fleeing Iran as a refugee, and ending up with a restaurant in Sunshine. There is no shortage of twists and turns along the way, and ultimately where he is now is inspiring.

In 2012, Hamed Allahyari was running a traditional Persian restaurant in Tehran when he was forced to flee the country because his views on religion differed to those of the government. Along with his wife, who was four months pregnant at the time, Allahyari crammed into a small boat with 118 other people, ending up first in Indonesia, then on Christmas Island where the couple was detained. Five months later, Allahyari was given a bridging visa and the pair headed to Melbourne.

It was two more years before he was able to secure a working visa, but despite approaching dozens of restaurants, he couldn’t find a job. “It wasn’t nice going around all of those restaurants and having people say no,” he recalls. “If you have a job, you make money, you can buy your things, you meet people and become part of a community.”

He began volunteering for the kitchen of the Asylum Seeker Resource Centre (ASRC). It was working as a kitchenhand where Hamed met Jen, another food program volunteer, and when the idea of setting up a support system for other asylum seekers and refugees began. They shared a vision of opening up a restaurant to offer employment to those who had no qualifications and to give asylum seekers and refugees a chance to begin their new lives in Australia.

The café specializes in Persian delicacies, operating as Café Sunshine during daytime trading hours and as SalamaTea Restaurant during the evenings. Hamed has a focus on sustainability and actively limits his impact on the environment. 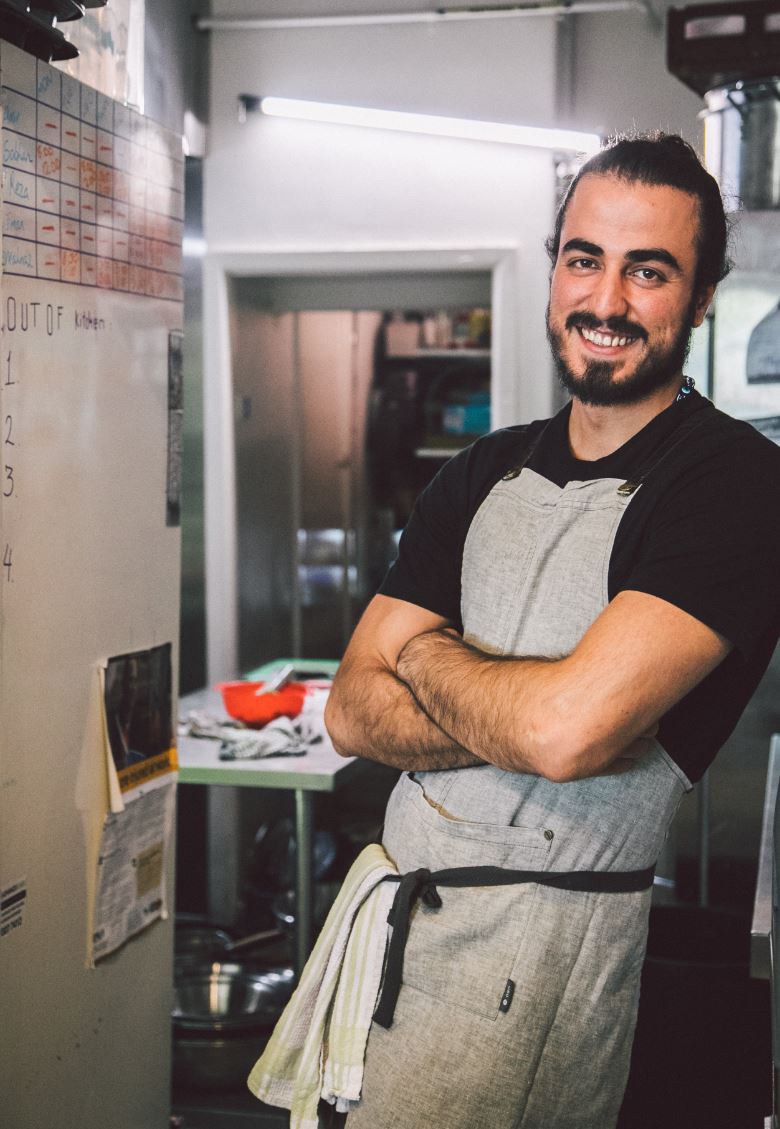 Do you have a story to tell?

If you, or someone you know that has a connection to the West – have a story to share – we’d love to hear from you.

Get in touch
Close